The Black dawn wars books 1-3 are available via lulu.com for physical copies and amazon.com for digital kindle versions 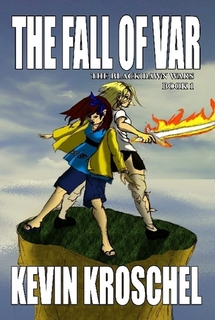 Shortly after did they realize their mistake, as an evil shadow swept the land and nearly destroyed them until the shadow was beaten back and defeated by the Queen of the Light. Centuries later, few remember what happened, or how close to annihilation the world had come.

Four thousand years later, the sovereign nation of Cetra was swallowed up by fire and turned into a desolate and uninhabitable wasteland. Its few survivors declared war on the other nations in retaliation, though no one is sure of who attacked their nation, leaving Cetran people distrustful of everyone.

After twenty years of fighting, and the Geni Council remaining neutral in the ongoing conflict, a young apprentice named Jenia decided to postpone her training and sneak out of Var, the New Island Capital of the Geni, to return home and visit her family for the first time in many years. When she arrived, she found the house in ruins, and no sign of her family anywhere.

As the shock took hold, old memories began to resurface from four years ago of when she discovered how the current war began, and who was actually responsible. Though shrouded in confusion and jumbled incoherent memories, Jenia slowly began to realize that an ancient evil was once again stirring. 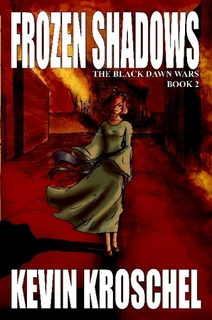 Nearly a year has passed since the evil creatures known as Shadowmists reappeared and attacked the city of Var, and Shenji’s involvement was revealed to the world. Tolar, Vice Secretary of the proud nation of Ventra, has begun a campaign to tear down the Geni and remove them from power.

Although the truth should be on their side, fear has driven public opinion of the Geni down a dark path, and even Jenia worries it may mean the end of the Geni Order itself.

Sarah, Seven months into her training, is beginning to have doubts about the Order’s future, as well as her own as the Shadowmists continue to attack cities at random, wiping out whole populations. 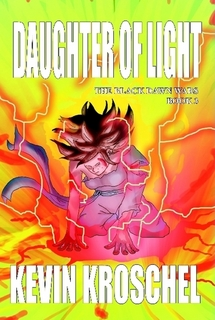 After a narrow victory over the Tainted One known as Gorimor, Sarah Sethil and her companions search for clues into the origin of the Tainted Ones, the Shadowmists, and the truth behind the Seals they were imprisoned in hoping to find a clue to their locations.

As Sarah and her friends search for answers, they soon discover that the Ventran military has been imprisoning and torturing Mephian citizens in a large internment camp as the xenophobic nation continues to blame Mephian and Geni citizens for the Cetran War, as well as the Shadowmist attacks.

Struggling to find answers, and locate the Seals as quickly as possible, Sarah is growing desperate for answers which she will discover in the most unlikely of places. As Tettas searches for Sarah, he and Dakrem manage to steal an ancient artifact discovered by the Ventran military which may hold the key to everything that they have been searching for.

Now caught between two wars, Sarah must find the key to saving the world from the ruin promised by the Tainted Ones who may now walk free, but with the weight of the world on her shoulders, Sarah only hopes that she can be the light in the darkness that now hovers over the horizon.