The Black Dawn Wars is a 3 book series taking place in the sci-fi/fantasy world of Myridas, and follows the adventures of Jenia Synaras, Tettas Terallen, Aykra the feline like Seiron, Sarah Sethil, and more as the uncover a conspiracy behind a 20 year long war and discover that things might not be as simple as they seem, as now the fate of the world is at risk.

The first book, THE FALL OF VAR, was originally released in October 2012, and follows the story of Jenia Synaras as she learns that her family had been slain by the people she once trusted, and must now search for answers to why her family was murdered, and even more curious, that she was there when it happened but has no memory of it.

The second book, FROZEN SHADOWS, was originally released in May 2015, and follows Sarah Sethil’s journey as she discovers the origins of the mysterious Shadowmists that now rampage across the world destroying all they touch. She must work together with new friends and old alike to find out who, or what, gave birth to these fearsome creatures in a battle that may determine the tide of the war against darkness.

The third book, DAUGHTER OF LIGHT, was originally released in February 2017, and follows Sarah’s continued story as she learns more about the origins of the Tainted Ones, and searches for the Seals that were used in the ancient Shadowmist War one thousand years before, hoping to find some clue on how to put an end to the vile creatures once and for all. Unbeknownst to Sarah however, the darkness stirs with a plot of their own. The fateful conclusion of the Black Dawn Wars is at hand! 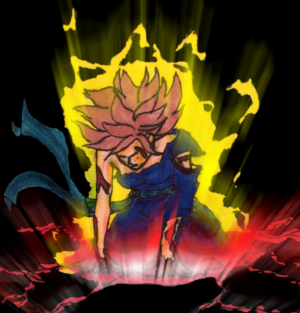